This was the view as I drove home from St. Helena on Saturday morning. I’d been visiting my sister and brother-in-law in the beautiful Napa Valley for a couple of days. I left hours earlier than originally planned, a surprise to both my sister and to me equally.

I’d awakened with a start, sleepy and wanting nothing more than to retreat into a couple more hours of needed slumber, but something told me I should just get ready and head out.

As I drove down Highway 29, I took this picture of the moody landscape, heavy with clouds, which are a welcomed relief to the Valley heat of August, but a surprise, as the mornings had been bright and sunny. I remember thinking how all at once mysterious, ominous, and beautiful they were.

I went to bed Saturday night around 12:30, totally exhausted from a normally three hour drive-turned-five by weekend traffic. In the middle of a dream, my mattress started bouncing. It was as if a child were jumping up and down on the bed. It didn’t fit anywhere in the dream about meeting a friend at the Hog Island Oyster Bar in Napa, where I’d been on Friday. For a split second I had a deja vu feeling of the same exact thing happening when I lived here in 2002. And in that split second, I was confused and thought it was then, and my eyes shot open on the last 2 bounces. I grabbed my phone and checked the time: 3:20 a.m. I held my breath for a bit, waiting to see if something more were coming, or if it had, in fact, been a dream, When nothing happened, I went back to a fitful sleep.

When I turned on my computer a few hours later, I had all kinds of concerned questioning and a link to the earthquake on my Facebook page. Was I all right? The 6.0 quake that was centered near the Napa Valley in American Canyon had occurred at 3:20 a.m. At this writing, 120 people were injured, 3 critically.

Everything can change in a second. Businesses and homes destroyed. Lives potentially lost or challenged. We are not in control.

I am grateful that my sister and her husband suffered very minor damage and no loss. But it reminds me of that song by Sting, “Fragile.”

We must not become complacent in our lives, in the rote of day-to-day activities, that we forget that nothing is guaranteed us. Not even the next moment.

And in the fragility of this existence we are residing in, we are connected. We are like a grand network of ivy, one to the other, over continents and sea.

An earthquake in the Napa Valley with family or friend potentially injured is no less- should mean no less to us than an earthquake in Chile or China. A tsunami in Japan. A hurricane in Florida or the Caribbean, a tornado in the midwest.

Isn’t it time to put our collective hearts together and be one? 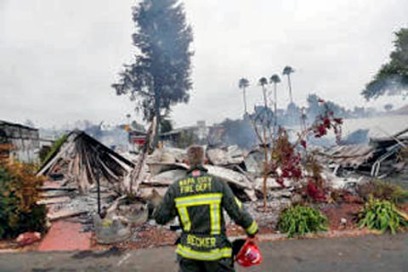